Hi all, do anyone have any advice on general care and maintenance the DJI mini 2.

Do I need to blow out the brushless rotors once in a while?

What another general care and maintenance would you recommend?

One for the batteries 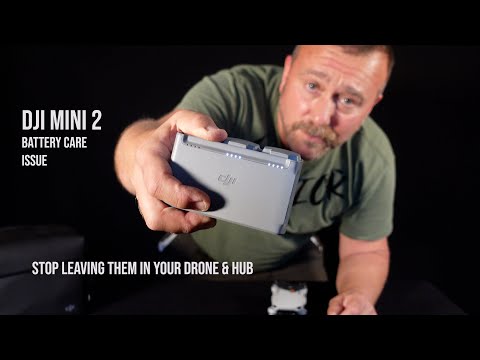 Thank you. I saw already and am storing my batteries in lipo bag separately.

In the member’s area is a dedicated thread

A dedicated thread in which to discuss any items of the AirData UAV - Drone and Battery Maintenance Schedule Guide.

Just saw this: DJI Mini 2 drone getting firmware update to address battery charging issue
The batteries can drain faster if they’re left in the drone for a long time.

Dronemaker DJI says a firmware update is coming to fix a battery discharge issue in its DJI Mini 2 drone. According to TechRadar, the company says the update will “initiate auto-discharge when batteries are in the drone or charging hub and have not been used recently.” It’s a relatively minor issue that mainly affects the battery’s longevity; lithium polymer batteries like the one in the DJI Mini 2 have a longer lifespan if they can discharge slowly when left at a full charge for a long period of time.

There is a Whole thread on this issue, @PingSpike knew about it before anyone else even DJI

Dug my Mini 2 out today as it’s been hiding in its case for two or three weeks now so thought I’d charge up a battery and install the latest firmware updates, etc. I was surprised to see all three batteries sitting in the hub were all still fully charged

I’ll fire it up later and double check but I’m pretty sure I set them all to be 10 days each. Anyone noticed if their DJI Mini 2 batteries are actually self-discharging correctly?

When storing batteries does one leave them with ‘pins’ connected to the charger to drain to recommended levels electrically (hopefully72%) or turned around to drain naturally?

Sorry if already answered, but couldn’t find any reference.

There’s some info in this thread that should help … this post in particular.

To the best of my knowledge the built in Battery Management System (BMS), inside the battery itself, controls the self discharge process.

In the first month’s of the 2 there was a well publicised battery issue. If they were left in the drone or charging case (how DJI ship them), they didn’t drain. That has been fixed and the batteries self-drain as per DJI spec.

Sorry if there is a newer thread but my search revealed this as most relevant.

I received a Mini 2 with the “Fly More” pack as a Christmas present last year. It doesn’t get a huge amount of use but already two of the three batteries have failed with the symptom of two flashing lights in the charger pack.

DJI have replaced both pretty quickly under warranty but a 66% failure rate is pretty poor. My Hero 7 which suffers a similar amount of sporadic neglect still has all 3 batteries working perfectly.

Have you updated the batteries software? Search in here(above) and google as there is a well known problem with the batteries destroying themselves.

It doesn’t get a huge amount of use but already two of the three batteries have failed with the symptom of two flashing lights in the charger pack.

How regularly have you charged the batteries since Christmas last year?

Probably 10x. Almost the same as the Hero 7, the Panasonic Lumix and Olympus Tough that all live in my “photo hobby” cupboard. Only the DJI has had premature terminal battery failure like this. The other cameras several years old and still going strong.