I can’t seem to get pano spheres out of the mini 2. They save to the SD card as the separate files but not a stitched image.

Can’t seem to get the stitched image off the smart controller either.

I’ve tried Lightroom, then photoshop to make the aspect ratio correct, but I think the metadata is stopping it showing as a 360 on Facebook.

Can anyone help?
It’s just so much easier having the mini 2 with me

You can upload them to KUULA and stitch them together, if you do a search on topics there are instructions. I am lazy and upload all the images to google photos and it does it automatically.

What’s the best way to play with a 360 photo that retains XIF or whatever it is that tells Facebook that it’s a 360 photo. If I work on the photo in the iPhone photos app Facebook no longer recognises it as a 360

Kuula stitches? Need to try that myself.

Back to the OP, go to the album in DJI Fly. Open the image with the globe icon and click the save/export option, that will save the 360 pano to the DJI Album folder.

The stitched JPEG will be in the DCIM folder on your SD card along with all the other images, they are not easy to find but they are more like rectangular previews rather than square.

As in the attached screenshot, the 2 highlighted images are the stitched JPEGs. 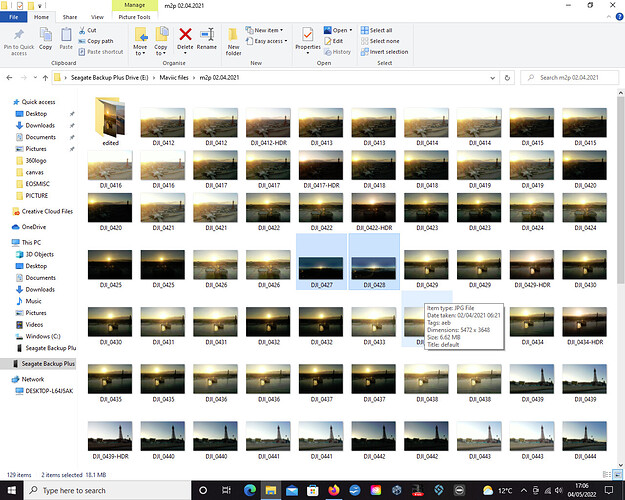 Its 100% not in there. It does that on my Mavic 2, but not the mini. Is there a setting I’m missing because that would be super if it was that easy.
Lightroom does NOT do a good job of stitching the panos.
That EXIF site Markas shared is good, so now I’m back to stitching problems. 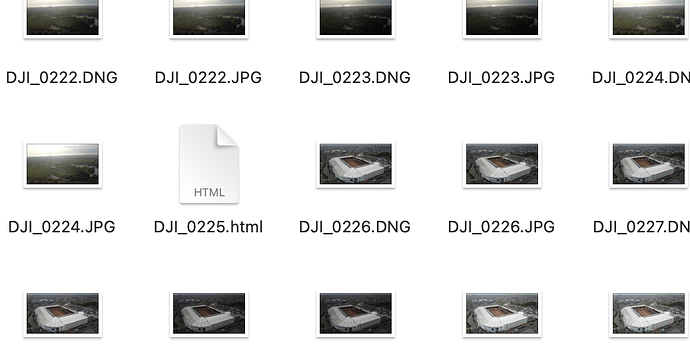 This is the panorama from the Mini 2, google works its magic and shows it as the sphere, the google made image is the file I usually upload to KUULA. 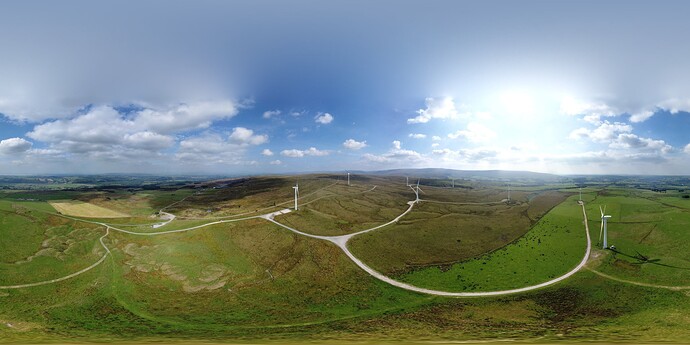 Not sure if you have to have JPEG enabled, I always shoot in JPEG and RAW, maybe if you only have RAW enabled it does not stitch a JPEG.

Scratch that, I see you have both enabled.

What version of the fly app are you using?

Or export all the RAW images (Generally 26 i think) and open them in PTGUI on a computer - this will stitch them together, better than the drone and ICE - and also let you export as TIF for additional editing in Photoshop etc

There is a free trial, have a look and see if it helps u out - i love it

All of this is really well covered in a very detailed tutorial, already linked to in this thread: Editing 360 Panos ... and retain exif data for FaceBook and the like .

I can’t seem to get pano spheres out of the mini 2. They save to the SD card as the separate files but not a stitched image

So let the drone do the pano.

Go into the gallery and you will see the stitched image (low res version).

Upload to kuula or panoee

See here for one i did just like that 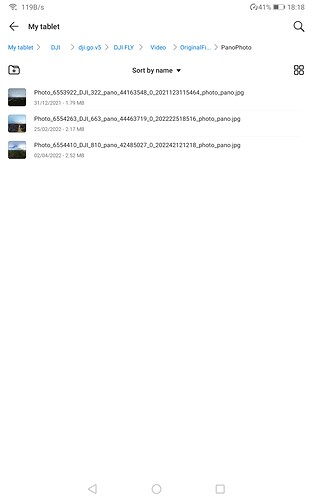 I wish the drone would do the pano, much like the Mavic 2 does. For whatever reason, its not creating it to the SD card.
There’s a preview within the smart controller, but getting it to send via bluetooth seems to be impossible too. I’ve just checked using my phone and the actual mini 2 controller too, and thats not creating the pano either.
Can anyone recommend a free pano stitching program?

Can anyone recommend a free pano stitching program?

I wish the drone would do the pano, much like the Mavic 2 does. For whatever reason, its not creating it to the SD card

It does not do that.

I’ve just checked using my phone and the actual mini 2 controller too, and thats not creating the pano either.

Mac is ideal, although I have a windows virtual machine, so not the biggest of issues

Autopano Giga, the best there is

How to create high resolution 360 Panoramics Video and Photo Editing

I’ve just googled it and it says its sold out?