Just a mock up I’ve done of what the GO4 (and others) could be in the future. Quite liking this concept…

Adding a live feed of flight tracker to the map section. 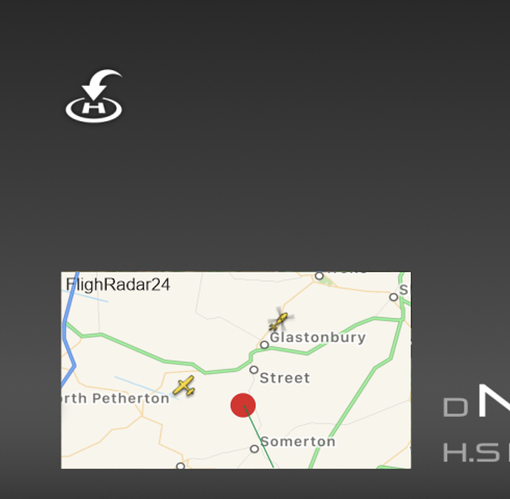 hell, that would be brilliant if they could do that.

Would it not enable us to fly further & safer too

Is it a case of “FlightRadar” being able to be overlaid onto the Go4 App screen?, or am I reading into this to much?

It’s something I’m sure will be common place as ADS-B is added to consumer drones and more importantly if it becomes mandatory for all full-size aircraft.

The problem with Flightradar24 and similar APPs is that they are reliant on ADSB receivers connected to the internet and able to receive the data transmissions of aircraft in your area. These are generally run by the same aircraft hobbyists who like listening to aircraft. That and most small privately owned aircraft, the ones most likely to be flying at low altitudes, don’t actually carry ADS-B equipment. Similar with military aircraft.

Ardupilot’s Mission Planner, and Universal Ground Control System (UGCS) which works with all DJI drones, have the provision to handle ADS-B data when a suitable transponder is mounted to the drone.

I have experimented with ADS-B in the past, using cheap digital TV USB dongles configured as UHF Software Defined Radios. Even from my location I was able to monitor aircraft manoeuvres as far South as Birmingham, when the aircraft was at 30,000ft, but unable to see aircraft on the runway at Leeds and Bradford Airport, even though I could hear them, because these transmissions rely on line of sight and the runway is on the other side of a hill from me.

Would be great to have this somehow integrated in the future,
I’ve only just downloaded this tracker app and the first thing I noticed was helicopters flying around, which normally tend to fly reasonably low. My thoughts were, if it picks up those, in my opinion our worst threat then it can’t be that bad. It would really be a case of having all aircraft fitted with this technology so non slip through the radar so to speak.

You are fortunate to have someone in your area who is able to receive the ADSB transmission and pass that to the Flightradar24 servers. More often than not if I follow an aircraft on Flightradar24 approaching LBA it invariably crashes into Leeds Town Hall as it becomes too low for the ADSB signal to be received and the software just maintains a best guess heading.

A case in point …. let’s face it, we don’t need to know where the big boys are … they are too high. If we need anything it’s the low ones … choppers in particular.
That’s a problem in itself … because the low ones are even less “visible” to ADSB receivers.

I, and others on GADC, have flown this stretch of coast … and this chopper was AWOL for the majority of it (after the red mark up to where the track reappeared in red), and flew over beach by me (green blob) sufficiently low/close that I could see the crew.

I wasn’t flying that day and, following ADSB discussions on here, thought I’d take a shufty at the feed whilst at a location I’d often flown.

Several other light fixed-wing aircraft were about that day, low over the sea, that never appeared on ADSB either.

The other consideration is that we should be looking at our drone whilst maintaining VLOS, not staring at our devices to read even more info.

There’s (probably) not a single member that hasn’t glanced at the phone, or something else, and looked back to find our drone has “vanished”.

I have noticed on the tracker app though you can set up alerts, Not looked into it but I’m guessing you can set alert to when an aircraft is nearing your location

this in itself would be good.

It’s only the low stuff that’s headed toward you that you need to know about.

Something that’s clipping the edge of the alert circle isn’t relevant.

Military aren’t going to tell you where they are (strange that!) and are often too fast to react to.

I’d need a lot of convincing that using common sense as to where I am and my ears isn’t enough. Personal opinion.

I’d need a lot of convincing that using common sense as to where I am and my ears isn’t enough.

And surely its a 2 way street, they need to be looking out for us too, I had West Yorkshire police chopper fly under me one day.

I’ve been paragliding over Bassano, northern Italy, when half the Italian Airforce flew beneath me.

OK - there were just two of them (

) but the number was rather irrelevant. Never saw them, just the Doppler from high-to-low frequency, and a friend on the ground over the radio “Wow! Close!”.

common sense as to where I am and my ears isn’t enough.

Am not necessarily suggesting this app in particular, just something along these lines, something more sophisticated I think would make the skys safer as more and more drones come on to the market and more people are flying them.
With the built in alert systems so if your 500m out you can drop it to the ground or return it in plenty of time, or the opposite and enable us to fly BVLOS.
Either way there has to be positives that would benefit us.

paragliding over Bassano, northern Italy, when half the Italian Airforce flew beneath me

@OzoneVibe bet that was ass twitchy

would of Shat a brick

I took the view that it was the Italian Airforce … so they probably couldn’t hit me if they aimed to do so.
(That’s a joke, btw … I love Italy and Italians!)

The reality is that we pass a car on the other side of the road that have a closing speed of 120+mph, within inches, hundreds of times an hour on a long journey … and they’ve all missed me! (so far! … in 52 years)

There was some talk in May last year as DJI announced they were bringing it in.

Not heard anything since though

Am not necessarily suggesting this app in particular, just something along these lines, something more sophisticated

Anything more sophisticated would be way above the price point of most hobby drone / RC flyers. ADSB is about as cheap as it gets and even then it will be more than the cost of your drone. 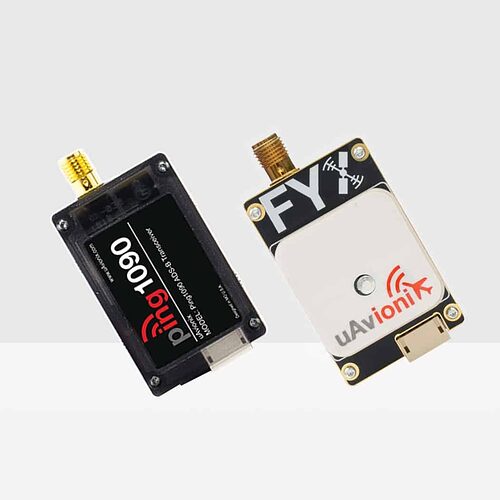 Ping1090 is the world’s smallest, lightest, and most affordable full-range, dual-link ADS-B transceiver. At just 20 grams, it implements "Sense and Avoid" for Drone operations in the national airspace. ADS-B-In on both 1090ES and 978UAT....