The nights are drawing in

I thought for discussion. Now the nights are drawing in, has anyone considered adding some of those ultra bright navigation lights to your drone to assist with visibility during dusk. And thus increasing the hours we can fly safely
If anyone has, what type are you using or considering using.
I’ve already added an orange skin to mine to improve visibility just in case it ‘wanders off vision’ and it works wonders. 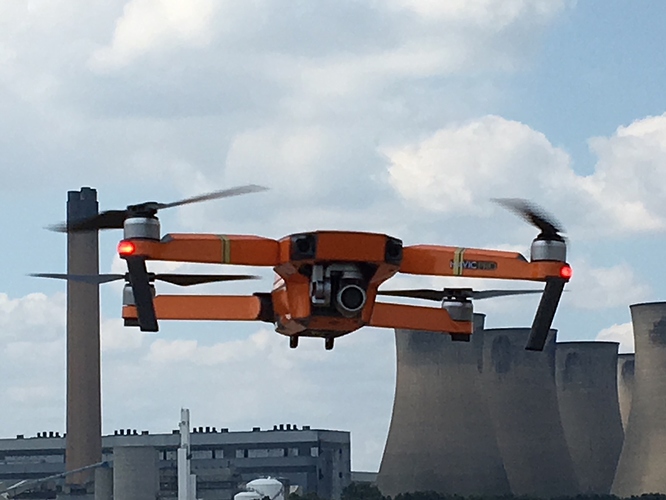 I use strobon led with some 3m lock strip. Very bright so no problems keeping Los. Look a bit like a ufo when its up high😀

If your getting them there is a GADC discount for members.

Anything brighter than Strobon CREE LEDs these days? Drone Discussion

I was just about to order a couple of Strobon CREE LEDs from Flytron and while hovering over the ‘Add to cart’ button I started thinking… Is there anything better (ie. brighter) out there these days? I’m not sure there is, if I turn on the CREEs on my Mavic and don’t shut my eyes first, I end up seeing white spots for the next half hour

Anyone using anything bigger / better / brighter?

How many do you use? On my DJI 600, which is wider than the Mavic I have one on each arm but they’re only small so you can see both, which helps with orientaton but as the cree lights are much brighter, if you used two, would they just appear as one light when far away? Does that make sense?

I haven’t got any yet, I didn’t realise we had a members discount either, so I’m going to order some. One for each leg, with white at the front and red at the back. I was just wondering what options there are and if many have fitted them, not only just to extend flying time now the nights are drawing in, but as an aid to improving visibility and general safety. I find it was easy to lose sight of the Mavic so opted for an orange skin, also if it ever got stuck in a tree or long grass the orange would be more visible than say, a camaflague skin.

I’ve got a red and green on rear legs facing forwards and a white on rear above indicator.

Works pretty well and you can distinguish each colour. You know if your seeing white it’s pointing away from you.

@callum any particulr reason why you put the forward facing lights on the REAR arms?

There was at the time but can’t quite remember lol.

I’ve yet to get any, but I’d put them on the rear arms as they can flare in the camera from the front arms … particularly when the ambient light is lower.
It’s why the built in front LEDs switch off (in default settings).

Edit: If getting Green/Red/White … the rear arms also enable closer to correct lighting for an aircraft … for those fussy enough to give a damn. 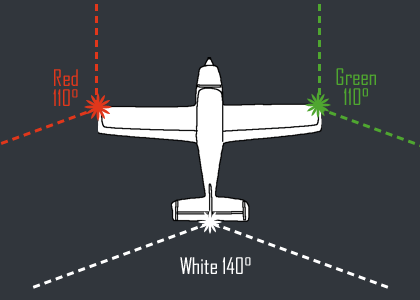 @callum bit of lateral thinking there !

@OzoneVibe but would the area of separation (between the lights) on the Mavic be enough to show individual lights to an aircraft some distance away. The width of the Mavic compared to a light aircraft is very small at long range.
I’ve been debating whether to get some for a long time so this has prompted me to get a white (for rear) and red (front) and give them a go.

Can’t beat the Strobon Cree lights from Flytron.
I am now using them even in daylight.
I always remember the layout (looking into camera) as RED (right leg)
,GREEN (left leg), with the WHITE on the back.
This then complies to CAA recommendations, as in @OzoneVibe picture above.
Mine are mounted on the underside of the front legs.

but would the area of separation (between the lights) on the Mavic be enough to show individual lights to an aircraft some distance away.

Note too … I only said “closer” … not that it met the international standard.

At a similar altitude you only see one aircraft light in any case, so separation is of no consequence. And official aircraft navigation lights are NOT strobes.

Indeed, if you were at a slightly higher altitude you’d have the situation where the front arms prevent sight of the lights on the rear arms, but our normal need is us being much loser than the MP … so one can easily see them at roughly the official angles … which in turn will help determine orientation.

Well thanks to everyone, mine are now on their way.

@PingSpike have you got any of your “anti accessoritis” tablets left !

Well thanks to everyone, mine are now on their way

Hope you were able to use the GADC discount code

@PingSpike have you got any of your “anti accessoritis” tablets left !

if you used two, would they just appear as one light when far away?

That was my line of thinking too, and also the sole reason I ended up with two whites (one facing forwards, one facing backwards).

I was under the impression that a red LED and a green LED viewed from 400ft away and at 400ft up, it would all just blur in to one weird colour and I’d not be able to tell left from right.

Oh, that and the fact I’d never remember which way round they were anyway

So I just went white…

Makes it sooooo much easier to find the bird (even in daylight) after you’ve looked down at the screen then back up, only to find it’s vanished

I was under the impression that a red LED and a green LED viewed from 400ft away and at 400ft up, it would all just blur in to one weird colour and I’d not be able to tell left from right.

Surely, only if they strobed at the identical fraction of a second … which is highly unlikely … and also a reason for mounting so that you only see one of them at a time.

if you used two, would they just appear as one light when far away?

You’d see a double flash, since the flash duration is minute and almost zero chance of them flashing in perfect sync.

Yeah, Rich, used the GADC code and got 10% off. YIPPEEEEE
I’ve decided on a RED for the front and a white for the rear, just for orientation, so I know which way I’m going. Lost sight of mine the other day, as you say looked down at screen and looked up and it had disappeared in the grey sky.
I was under the same impression as you for the two lights to merge into one but I forgot (DOH) that they were flashing, (the ones on my 600 were steady) and as Dave said, the odds of them both flashing at the same rate is almost zero.

That was my line of thinking too, and also the sole reason I ended up with two whites (one facing forwards, one facing backwards)

I was initially going to go for same colour front and back. Was thinking green might be a good idea being the most visible colour to human eye.