The Drone Code has been updated in December 2020 ready for the new regulations that come into force on 31 December 2020:

The Flyer ID multiple choice test has also been updated and now has 40 question (30 pass mark I believe) based on the new rules. 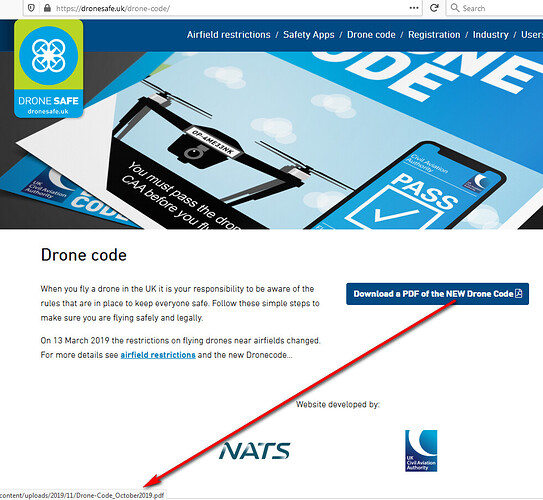 Yes, there are a few links not working. Key thing to note on the Drone Code page linked above is it covers flight in A3 (and in A1 for small drones): it does not cover A2 at all, and the link to information on A2 is currently not taking you anywhere useful.

There are some good diagrams, including one that indicates a 50m horizontal separation from uninvolved people is fine - even in A3, which is not that clear in the actual regulations. You need to read the text to see all the exceptions for flying in A1 though.

Not sure about this " Keeping firmware updated " , is this compulsory ?
Also the bit about " If you’re involved in a dangerous incident or near miss when you’re flying your drone or model aircraft, you must report the incident to the Civil Aviation Authority (opens in new tab). " so you must report yourself if you infringe any rulings, of course I will .

Haven’t both of those been around for a year or so?

Somewhat confusing. Dronesafe has the old rules, CAA the new rules. Neither mention the other and neither mention a start or expiry date.

So now under 250g, can fly anywhere you like. over people, in town over crowded streets and buildings and over 250g cannot, must keep 50 meters away from people and 150 meters from buildings and everything…So i read the drone code now. see where you can fly section…

The rule on minimum distances to people is different when flying small drones and model aircraft that are below 250g, or in C0 or C1 class.

If you’re flying a drone or model aircraft that’s lighter than 250g or is C0 class, you can fly closer to people than 50m and you can fly over them.

You can fly small drones and model aircraft that are lighter than 250g, or C0 or C1 class, in residential, recreational, commercial and industrial areas…

So now under 250g, can fly anywhere you like. over people, in town over crowded streets and buildings

However you still can’t fly over crowds. A crowded street is unclear but common sense would say no.

Of course you still have to comply with No Fly Zones and other Flight Restricted Areas.

For takeoff you have to abide by local bye-laws and have landowner permission.

And of course there’s a blanket rule on flying safely, not endagering people or animals.

So hopefully flyers don’t intepret the new rules as not having to apply common sense and respect for other people.

But yes - much greater freedom (for mini owners at least)

And all of this is of course covered in the new drone code. People tend to get hung up on the distance and height rules, and lose sight of the fact that fundamentally they are responsible for what they do, its safety and acceptability.

The Drone Code, condensed from 38 sections into 1:

Don’t be a dick

For takeoff you have to abide by local bye-laws and have landowner permission.

That’s up to you: it certainly isn’t a requirement of any regulations, it’s just down to whether you are happy to take the risk of being declared a trespasser.

So now under 250g, can fly anywhere you like. over people, in town over crowded streets and buildings and over 250g cannot, must keep 50 meters away from people and 150 meters from buildings and everything…So i read the drone code now. see where you can fly section…

As already noted, no, you cannot fly over crowded streets, see item 5 in the new Drone Code.

For the requirements for drones over 250g, the Drone Code only covers Open subcategories A1 and A3 under the regulations: you can fly closer to people and/or within urban areas if you are qualified to fly in subcategory A2 (with A2 CofC), or have a PfCO / Operational Authorisation (with GVC qualification).

Don’t be a dick

That should be a general rule of life really, not just of flying drones.

Just looking at the CAP722 on crowds (which you shouldn’t overfly even with a mini), they give a fair bit of info.
The actual phrase used is “assemblies of people”.
That’s defined as follows:

2.1.3.4 Assemblies of people
Assemblies of people have been defined by an objective criterion related to the
possibility for an individual to move around in order to limit the consequences of an
unmanned aircraft that has become out-of-control.
There are no strict numbers defined above which a ‘group of people’ would turn into an
‘assembly’ of people as different situations would result in different conclusions. An
assembly must be evaluated qualitatively, based on the ability of people within that
group to ‘escape’ from any risk posed by the UAS operation.
Qualitative examples of assemblies of people are:
• sporting, cultural, religious or political events;
• beaches or parks on a sunny day;
• commercial streets during the opening hours of the shops;
• ski resorts/tracks/lanes;
• music festivals and concerts;
• marches and rallies;
• parties, carnivals and fêtes.

for mini owners at least

for mini owners at least

Sorted! Should be able to get an Inspire within the regs … once I’ve bought one of these … 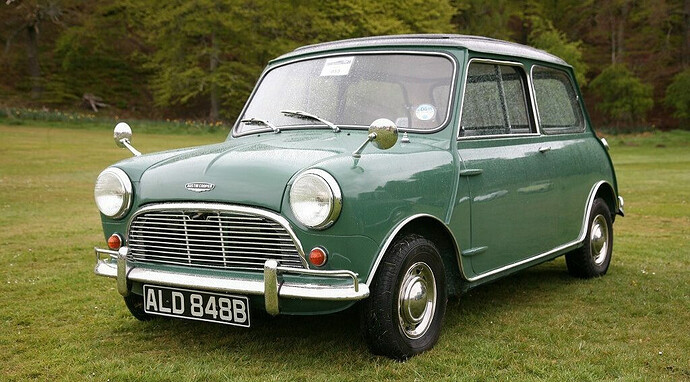 EASA and the UK!

Points 20-25 of the new Drone Code are fairly clear that nobody should be going around hovering over anyone’s gardens. There will always be some idiot who doesn’t read it, or who wants to argue that the rules are not clear, but it’s not a license to do whatever you want.

But agree this ought to be over on the other topic.

Not sure why they can’t put the drone code on one page it would make it easier to read.

Unless I have missed a way to see it on one page?

Because it’d be about four miles long

I’m guessing there will be a PDF issued at some point, but I agree, they are going to struggle to fit it into one page

Until I get these updated (hopefully during the Christmas break), I think these tables/diagrams from the old thread remain useful and worth linking back to (well I would, wouldn’t I?) I’ll add any updated versions to this current thread:

Here’s my attempt to explain which categories we’ll be able to fly our existing drones in from the end of the year (assuming changeover to EASA regs goes as planned). I’m happy to be told if I’ve got anything wrong, otherwise hopefully it’s of some use to somebody. I’ve just gone with a series of “popular brand” drones (not to scale!) but included the weight boundaries for anyone with other makes and models. [EASA Open Category by Weight of Drone]

Ok, in response to @milkmanchris’s request, these two diagrams are my attempt to clarify the difference between where you can legally fly today with your drone (assuming no PfCO), and where you will be able to fly from next year using the same drone i.e. ignoring new C-marked drones as none are available to buy yet anyway. The diagrams should be read along with my previous post. Again, I’m not certain I’ve interpreted the various rules correctly, so comments are welcome. The second diagram is b…

My only comment on the second link would be that in the new Drone Code, the CAA take the view that in A2 and A3 your 50m* separation distance to people:

The regulations are not really that clear, especially in A3, where they refer to uninvolved persons who are endangered by the drone - it’s probably difficult to conclude that somebody inside a building is endangered by a drone flying outdoors.

*for legacy drones (30m in A2 when C2 drones become available)